A fire broke out at a restaurant kitchen inside City Center Mall this morning, the Ministry of Interior has said, although nobody was reported injured. An employee at the food court said the fire originated from McDonalds.

Civil Defense fire trucks were first seen arriving at the scene just before 9am, and employees and customers were evacuated from the affected area. Entrance to the mall parking lot was also blocked during the nearly two-hour incident.

No word yet how much damage was caused, although the Ministry of Interior said it was only a limited blaze.

Customers and employees at the mall were given the all-clear to reenter around 10:40am, but the food court near the cinema has been cordoned off and is expected to remain closed until tomorrow or possibly the day after that, an employee of City Center said.

The cinema has also been temporarily closed, although it appears unaffected. 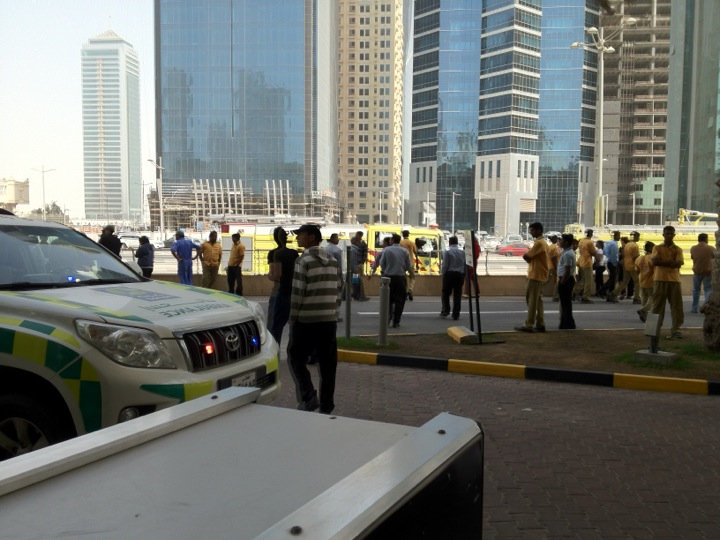 Mohammed Al-Jufairi, a civil engineer who works in one of the offices opposite the mall was tweeting what he saw:

@dohanews @thisismk1 I work across it and I could see the whole road lined with people mostly onlookers with at least 4 fire trucks.

He also reports no one was panicking while exiting the mall:

@ThisisMK1 @dohanews yes indeed people are walking out in a straight line, no panic, the @MOI_Qatar tweet says fire is limited

Were you there? Do you see what happened? Let us know.